Was this a spirit, an angel or coincidence - my old black cat and number five... 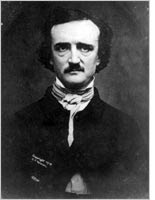 My lucky old black cat. My ghost, spirit, angel or coincidence? The paranormal? Who really knows…

Many years ago during my youth I lived for a short time in Hamilton, in the North Island of New Zealand.

I lived in a boarding house and one summer’s evening I decided to walk down to the local shopping centre (in the days preceding shopping malls in my country) to look around and buy a snack for supper.

I walked down the street engrossed in thought,probably thinking of home in the South Island, and suddenly there was a flash of movement in the corner of my eye - an adult black cat jumped off the stone wall I was passing,rubbed itself against my leg and purred softly!

I reached down, spoke to the cat and stroked its back softly. It purred again, and as quickly as it appeared, leapt up onto the stone wall and disappeared! I looked for it again, but there was no sight of it.

I continued down the street to the shops; outside one there was a numbered raffle wheel. I bought a ticket in a prize for a box of miscellaneous goods, worth quite a few dollars. I took my usual number five, my lucky number in raffles. The raffler spun the wheel… and up came number five… the winner!

I collected my winning prize and did some window shopping, bought a soft drink ( a soda in American )and began walking home. As I passed the stone wall I saw the black cat standing silently looking at me; he suddenly jumped and disappeared again!

But a feeling came over me,something I have never been able to explain. I know, also, that if the cat had not delayed me for that moment or two, I would never have bought that winning raffle ticket? My little ghost, spirit, angel or…just a coincidence? Who knows? History suggests black cats are unlucky, but not for me!

Read about Edgar Allan Poe's The Black Cat
Posted by Unknown at 5:27 PM